In the spring of 2013, dismantling of two Vestas V27 wind turbines on the island of Inishmaan, Aran Islands in Ireland. On behalf of the new owner of Green Wind Energy Ltd. based in Belfast, Northern Ireland, one of the two wind turbines was fully refurbished and overhauled Denmark and subsequently, installed and commissioned in September 2016 at a site Ballymena, Cloughmills in Northern Ireland. The second Vestas V27 was dismantled and prepared for shipping by sea on behalf of a customer of MWPS Ltd. to Italy and is now back in operation.

For a project of Green Wind Energy Ltd based in Belfast, who was looking to purchase another Vestas V27 for one of their developments in Northern Ireland, one of the two Vestas V27 wind turbines offered by MWPS World came from the island of Inishmaan. These wind turbines are one of the youngest Vestas V27 in the world is. They were manufactured in the production phasing out period by Vestas in 1996 and installed only in the year 2000.

The dismantling and transportation presented unusual challenges. The sparsely populated island Inishmaan had neither a good ferry connection nor basic but necessary dismantling equipment, machinery and vehicles such as cranes, trucks, etc. All parts and sections of the turbines had to be transported from the island to the mainland via a special chartered local ferry service provider. The protected island paths ways and access lanes were obstructed by ancient wall constructions under heritage protection and could only be removed and re-built with the utmost care and only after special approval by the local authority. The small (and only) available local ferry which was hired shipped all components to land.

Trucks were already parked up and waiting for the Vestas V27 for transportation to Northern Ireland. In 2015, the nacelle was sent to Denmark for refurbishment. After the return of the refurbished nacelle, the turbine was installed and commissioned in September 2016 at the new location in Ballymena, Cloughmills in Northern Ireland and is back in operation since.

All in all, a very complex and unusual project which had been successfully realized and in a cost-effective way. 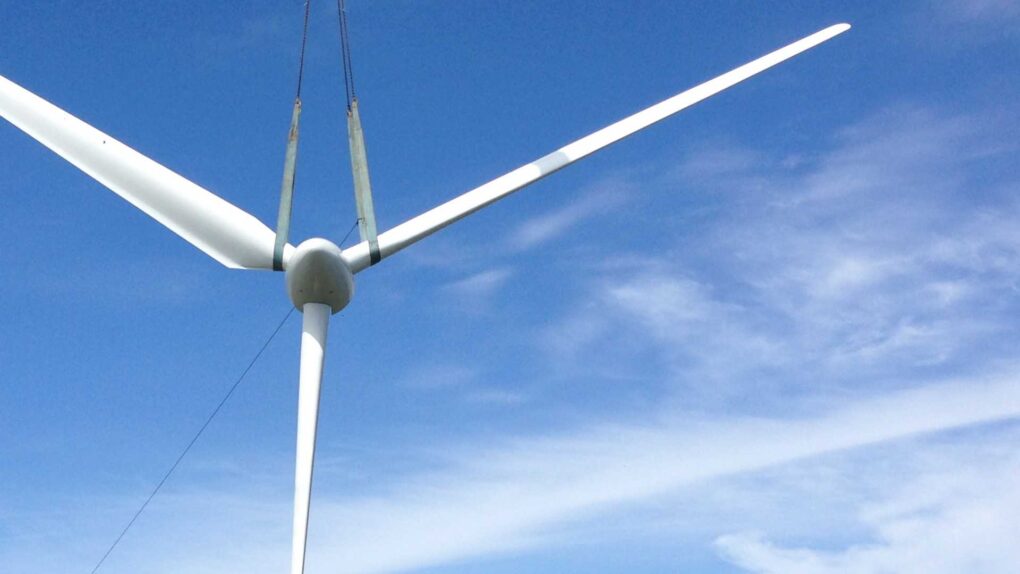